She is a Sister

Courtney played Disgust in Inside Out (Moviemagic Style)

She is a Little Girl When She gets trouble. 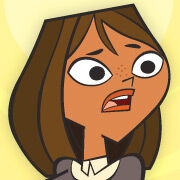 2018 Courtney
Add a photo to this gallery
Retrieved from "https://parody.fandom.com/wiki/Courtney_(Total_drama)?oldid=2425601"
Community content is available under CC-BY-SA unless otherwise noted.