Cranky Kong is an elderly gorilla from Nintendo who was the original 80's arcade Donkey Kong. He is the grandfather of the current Donkey Kong and Funky Kong.

He is a Red panda

He Played Jeb The Goat in Home On The Tundra

He is a goat

He Played Jeong-Jeong in Avatar: The Last Airbending Animal

He is a Firebending master

He Played The Ship Captain in Animals Of The Caribbean 2: Dead Creature's Chest

He is a 17-century ship captain

He is a pirate crab

He Played Cornelius In Once Upon a Jungle 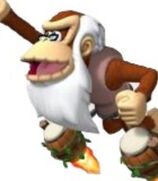 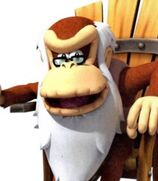 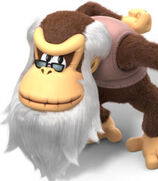 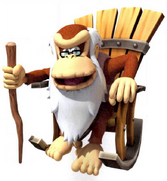 Add a photo to this gallery
Retrieved from "https://parody.fandom.com/wiki/Cranky_Kong?oldid=2486566"
Community content is available under CC-BY-SA unless otherwise noted.