Cream the Rabbit is a female rabbit from Sonic the Hedgehog.

She Played Lilo in Cream and Ratchet

She is a Hawaiian girl

She Played Young Nala in The Lola King (LolaRockz Style)

She is a lioness cub

She is a rabbit

She Played Chip in Beauty and the Kong (CartoonFanBoy91)

She is a teacup

She Played Fluttershy in the My Little Hedgehog: Equestria Girls film series

She Played Space Ghost in Cream the Rabbit Coast to Coast

She played Violet Beauregarde in Eggman and The Chocolate Factory

She is a gumchewing rabbit girl who after chewing three course meal gum blows up into a blueberry. 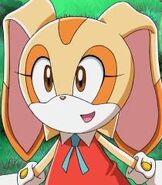 Cream the Rabbit in Sonic X 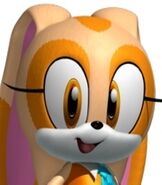 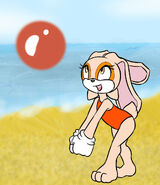 Cream on the beach

Cream in her spaceship

Cream and Amy in their spaceships 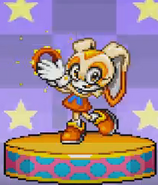 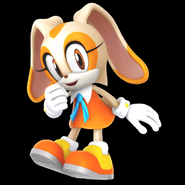 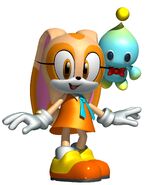 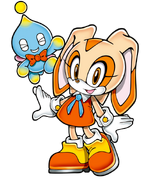 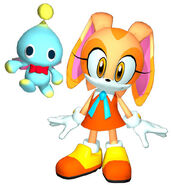 Retrieved from "https://parody.fandom.com/wiki/Cream_the_Rabbit?oldid=2452544"
Community content is available under CC-BY-SA unless otherwise noted.