The Parody Wiki
Register
Don't have an account?
Sign In
Advertisement
in: Characters, Animals, North American Animals,
and 68 more

The Dall sheep (Ovis dalli), or thinhorn sheep, is a medium-sized North American sheep with a stocky body and light brown, deeply ridged horns. The male and female thinhorn sheep are easily distinguished from one another. The male, known as a ram, has large, long, curly horns with sharp tips, which can grow up to a metre in length. In contrast, the female, known as a ewe, has small, slender horns, which are gently curved and grow up to around 25 centimetres. The difference in the size of the horns accounts for a large difference in body mass between the male and female thinhorn sheep, with the male’s horns usually comprising between eight and ten percent of its total weight. 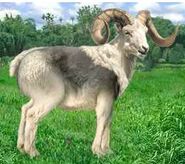 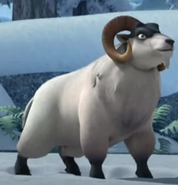