He is a Character from All Dogs Go To Heaven 2

He Played Boy wanting an apple In ???

He is a boy apple

He Played Aladdin In Davidladdin

He is a Prince Of The Fire Nation

He is a young squire

He Played Pete in David's Dragon

He is a young orphan

He is a Australian boy

He played Pinocchio in Davidnocchio

He is a puppet who wants to be a real boy

He played Diego in Go David Go! and Anne Marie the Explorer: The Movie 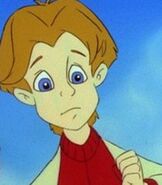 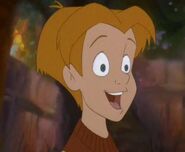 Add a photo to this gallery
Retrieved from "https://parody.fandom.com/wiki/David_(All_Dogs_Go_To_Heaven_2)?oldid=2404608"
Community content is available under CC-BY-SA unless otherwise noted.