The desert warthog (Phacochoerus aethiopicus) is a species of even-toed ungulate in the pig family (Suidae), found in northern Kenya and Somalia, and possibly Djibouti, Eritrea, and Ethiopia. This is the range of the extant subspecies, commonly known as the Somali warthog (P. a. delamerei). Another subspecies, commonly known as the Cape warthog (P. a. aethiopicus), became extinct around 1865, but formerly occurred in South Africa. 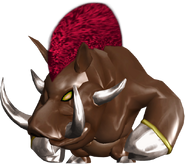 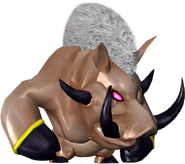 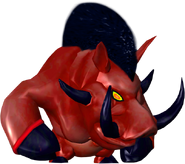 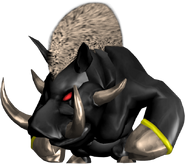 Retrieved from "https://parody.fandom.com/wiki/Desert_Warthog?oldid=2539201"
Community content is available under CC-BY-SA unless otherwise noted.