Dilophosaurus is a genus of theropod dinosaur. It contains a single known species, Dilophosaurus wetherilli, known from fossil remains found in the Kayenta formation of Arizona, USA. This rock formation has been dated to the early Jurassic Period (Sinemurian age), about 193 million years ago. Dilophosaurus was among the largest dinosaurs of its time (about 7 meters long) and had a pair of rounded crests on its skull. 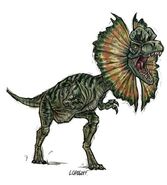 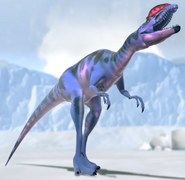 Animated Dilophosaurus from Dinosaurs on Earth, Then...& Now. “It was used as Stock Footage in Really Wild Animals”. 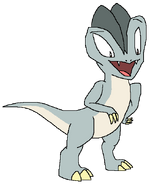 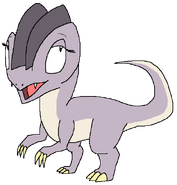 Add a photo to this gallery
Retrieved from "https://parody.fandom.com/wiki/Dilophosaurus?oldid=2543055"
Community content is available under CC-BY-SA unless otherwise noted.