The Parody Wiki
Register
Don't have an account?
Sign In
Advertisement
in: Characters, Animals, Australian Animals,
and 97 more

The dingo (Canis familiaris, Canis familiaris dingo, or Canis lupus dingo) is a medium-sized, long-legged, elegant and athletic dog of great agility, speed and stamina. The coat is typically a sandy, reddish or ginger colour, with lighter cream fur on the chest, feet and tail tip. A smaller number of individuals are black with tan and white markings, while all white and all black dingoes occur infrequently. Males are distinctly larger than females, and Australian dingoes tend to be larger than those in Asia. The tail is bushy and, like wolves and other wild dogs, dingoes have larger carnassial and canine teeth. They howl really loud like wolves and whistle like dogs. 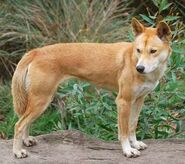 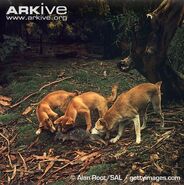 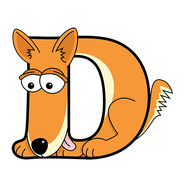 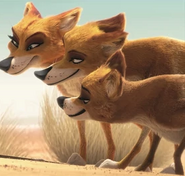 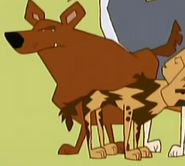 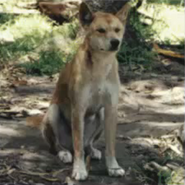 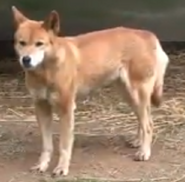 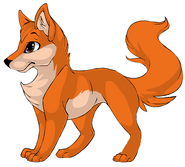 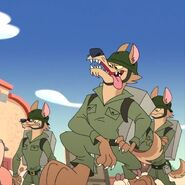 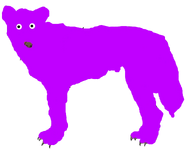 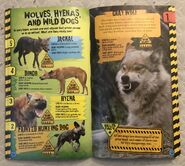