The Parody Wiki
Register
Don't have an account?
Sign In
Advertisement
in: Characters, Animals, North American Animals,
and 41 more

Diplodocus is an extinct genus of diplodocid sauropod dinosaurs whose fossils were first discovered in 1877 by S. W. Williston. The generic name, coined by Othniel Charles Marsh in 1878, is a neo-Latin term derived from Greek diplos "double" and dokos "beam", in reference to its double-beamed chevron bones located in the underside of the tail. Chevron bones of this particular form were initially believed to be unique to Diplodocus; however, since then they have been discovered in other members of the diplodocid family as well as in non diplodocid sauropods, such as Mamenchisaurus. It is now common scientific opinion that Seismosaurus hallorum is a species of Diplodocus. 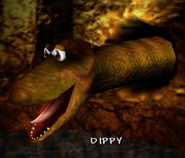 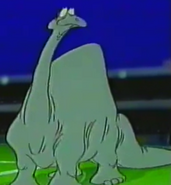 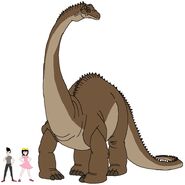 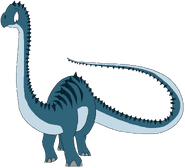 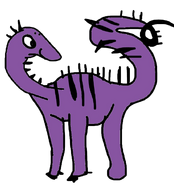 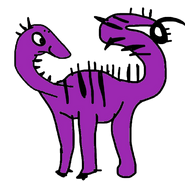 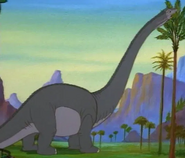