Discord is a character in My Little Pony: Friendship is Magic. He is one of Twilight's best friends and Fluttershy's best friend.

He played Lock in The Nightmare Before Christmas (Zachary the Dino)

He is one of Oogie Boogie's hetchmen

He played Tarzan in Discordzan

He is an apeman

He played King Richard in Peter Hood (Zachary the Dino)

He played King Louie in The Kaiju Book

He is an ape

He is a blue monster

He is a superhero who can change into animals. 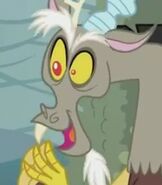 Discord in My Little Pony: Friendship is Magic 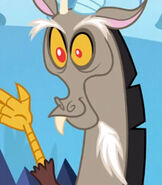 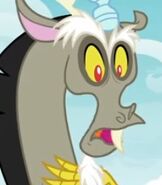 Discord in My Little Pony: Best Gift Ever 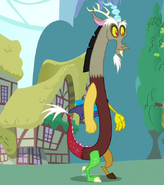 Add a photo to this gallery
Retrieved from "https://parody.fandom.com/wiki/Discord?oldid=2460156"
Community content is available under CC-BY-SA unless otherwise noted.