The Parody Wiki
Register
Don't have an account?
Sign In
Advertisement
in: Males, Animals, Anthropomorphic Characters,
and 20 more

Don Toro is the widowed father of Ferny Toro and one of the supporting characters in the 2003-2007 British-American animated series Jakers! The Adventures of Piggley Winks.

He was voiced by the late Fernando Escandon.

Role in the series

Don was a bull, originally from Spain, who lived in the village of Tara in Ireland in the 1950s with his 8-year-old son Fernando (or Ferny for short) (whom he raised solely after his wife's death) and ran the village's blacksmith shop and was helped around by Ferny.

Don is an anthropomorphic bull with blackish-brown fur and horns. His attire is a white shirt, dark green trousers, black boots and a brown apron.

Despite his tough appearance, Don is shown to be good-natured and helpful towards his son and the other residents of Tara. 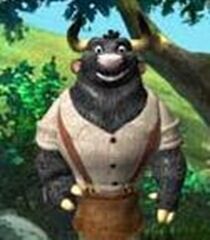 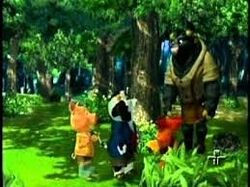 Ferny with his father Don, Piggley and Dannan 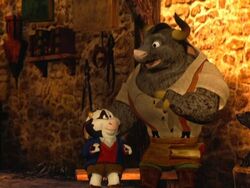 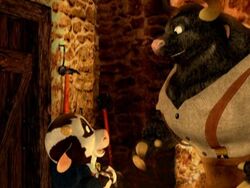 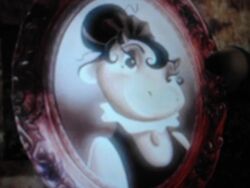