The Parody Wiki
Register
Don't have an account?
Sign In
Advertisement
in: Male Characters, Characters, Villains,
and 8 more

He and his assistant Shego have tried to take over the world on several occasions. However, he is always thwarted by Kim Possible, much to his dismay. He has a big ego, and views himself as superior to others because of his intellect. He also has a cowardly side, and can be seen fleeing from threats of violence and anger.

Dr. Drakken continues his plans to take over the world with Shego, and has even mind controlled Judy Neutron into joining his squad.

He is a mad scientist

He played Erol in Max and Rex Rescue Rangers

He is a weasel

He is Sonic's enemy

He Played Professor Ratigan in The Great Spy Boy Detective

He is a Rat

He is the Head of Team Rocket

He Played Dennis In The Ron Stoppable Movie

He is a Bounty Hunter 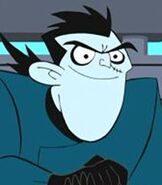 Dr. Drakken in the TV Series 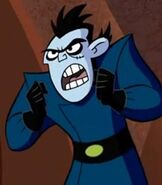 Dr. Drakken in Kim Possible: A Sitch in Time 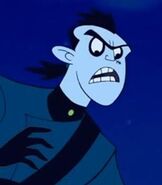 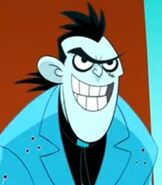 Dr. Drakken in Kim Possible Movie: So The Drama 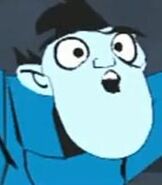