English
Dragon Tales is an 2021 American live-action/animated adventure comedy film based on the 1999 animated TV series of the same name. The film is directed by Akiva Schaffer from a screenplay by Dan Gregor and Doug Mand and an original story by Barry Schwartz. Dragon Tales was released on May 21, 2021 by Columbia Pictures and Mandalay Entertainment.

In a world co-populated by humans and cartoon characters, Emmy had Max as her baby brother at a local hospital and become a family. They later emigrate to Hollywood and after appearing as extras on commercials and live-action television series, star in the successful television series Dragon Tales in the late 1990s. When Max gets his own Superman-inspired show, Mondo Max, the two go their separate ways and both series are cancelled.

Sixteen years later, Emmy is a successful but disillusioned insurance salesman while Max, now rendered in anime thanks to a special surgery operating machine designed to alter toon's bodies, spends most of his time on the fan convention circuit. The two are contacted by their old co-star Ord, who owes money to the criminal Valley Gang due to his stinky cheese addiction. Ord warns the pair of a trafficking operation where toons are kidnapped, have their appearances altered, and are shipped overseas to produce bootlegs of their works for the rest of their lives. Later that night, the two are informed that Ord has been kidnapped. They meet Police Captain Paula and Officer Robert Cunningham; the latter reveals himself to be a big Dragon Tales fan, and with the police's hands tied, he suggests Emmy and Max investigate on their own.

Emmy and Max visit ???, Ord's berry dealer, and ask about the Valley Gang. They are taken to the uncanny valley part of town and meet the gang's leader, Sunny Jess—an adult Jessie (Toy Story 2)—and her henchmen Mavis the diva and Jackie the toucan. Realizing they are investigating his bootlegging business, Jess tries to capture the pair, but the kids escape. The two later share their discoveries with Robert, learning that he is shunned by Captain Paula due to acting on a bad tip and raiding Nickelodeon Junior Studios with negative results. With Robert's help, the kids sneak into a bathhouse to steal Jess' fitness tracker. They trace his movements to a dock warehouse, though it is already abandoned by the time the police arrive. Inside, they find Jess' operating machine, along with several toon parts, including Ord's scales.

At the police station, the pair argue over the loss of Ord and their past feud but smell the scent of Ord's cologne. Realizing either Captain Paula or Robert is working with Sunny Jess, the two flee the station. At the ongoing Fan Con, they try to convince Ugly Alvin to ask his FBI contacts for help, but Jess and her henchmen arrive, having tracked Max using his social media posts. In the ongoing chase, Mavis is restrained by ??? and Pepe Le Pew & sent to jail, but Emmy is caught by Jess and Jackie and taken to the warehouse. Robert is also lured there by Captain Paula, revealing he is part of the Valley Gang and has been covering for Jess, including giving Robert the false Nick Jr. tip.

Sunny Jess has Robert call Max to lure him to the warehouse, but Ellie sends a coded message using her favorite Dragon Tales episode, "The Sorrow and the Party". Max realizes Robert is in trouble and contacts Cassie, Zak and Wheezie, as next door neighbors, for help. Max enters the warehouse using a firework, which gets lodged into the machine and stops it before it can be used on Emmy. The machine's lasers goes haywire, transforming Jackie into a fairy and Jess into a giant amalgamation of various toons. While Robert fights and defeats Paula, Jess chases Emmy and Max through the warehouse, revealing it to also be where the bootlegs are filmed. The kids lure Pete to the docks and use a ploy from a "Dragon Tales" episode, "Bad Guy Play" to trap him.

The FBI, led by Ugly Alvin, arrive to arrest Sweet Jess, who fires a cannonball at Emmy, but Max takes the hit. Emmy fears Max is dead and apologizes for her behavior over the years, but Max reveals he was protected by a golden pog Emmy gave him. The kids free all the bootlegged toons, including Ord, who has been used for a bootleg version of Nemo and the dragons reunite. Max introduces them to Robert, who decides to open her own detective agency. As the team departs, Max again proposes a Dragon Tales reboot, but Emmy insists on seeing the script first.

The end credits show the Valley Gang in prison, as well as Sunny Jess sent to the mental hospital, Ord restored to normal, and the Dragon Tales reboot being released to great success. 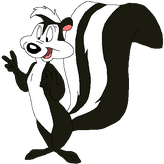