Dryosaurus is a genus of an ornithopoddinosaur that lived in the Late Jurassic period. It was an iguanodont (formerly classified as a hypsilophodont). Fossils have been found in the western United States, and were first discovered in the late 19th century. Valdosaurus canaliculatus and Dysalotosaurus lettowvorbecki were both formerly considered to represent species of Dryosaurus. 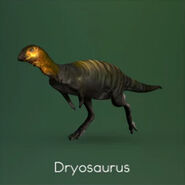 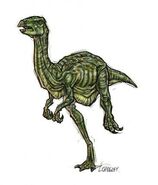 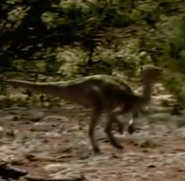 Add a photo to this gallery
Retrieved from "https://parody.fandom.com/wiki/Dryosaurus?oldid=2191033"
Community content is available under CC-BY-SA unless otherwise noted.