The Parody Wiki
Register
Don't have an account?
Sign In
Advertisement
in: Dinosaurs, How Do Dinosaurs Animals, Theropods,
and 6 more

genus of primitive tyrannosaur that lived in Eastern North America during the middle Maastrichtian stage of the Late Cretaceous period, around 67 million years ago. Although largely unknown now outside of academic circles, a famous painting of the genus by Charles R. Knight made it one of the more widely known dinosaurs of its time, in spite of its poor fossil record. Its specific name aquilunguis is Latin for "having claws like an eagle's". 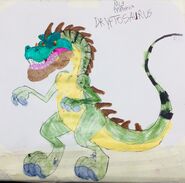 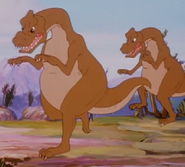 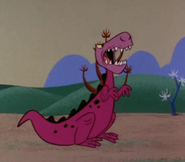