The Parody Wiki
Register
Don't have an account?
Sign In
Advertisement
in: Characters, Animals, African Animals,
and 21 more

The East African wild dog (Lycaon pictus lupinus) is a subspecies of African wild dog native to East Africa. It is distinguished from the nominate Cape form by its smaller size blacker coat. Its range is patchy, having been eradicated in Uganda and much of Kenya. A small population occupies an area encompassing South Sudan, northern Kenya, and probably northern Uganda. It is almost certainly extinct in Rwanda, and Burundi. Nevertheless, it remains somewhat numerous in southern Tanzania, particularly in the Selous Game Reserve and Mikumi National Park, both of which are occupied by what could be Africa's largest wild dog population. Artistic depictions of wild dogs are prominent on cosmetic palettes and other objects from Egypt's predynastic period, likely symbolizing order over chaos, as well as the transition between the wild (represented by the African golden wolf) and the domestic (represented by the dog). Predynastic hunters may have also identified with the African wild dog, as the Hunters Palette shows them wearing the animals' tails on their belts. By the dynastic period, wild dog illustrations became much less represented, and the animal's symbolic role was largely taken over by the wolf. 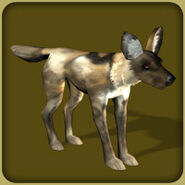 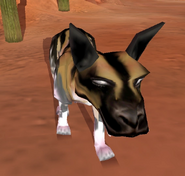 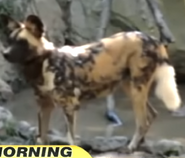 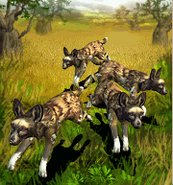 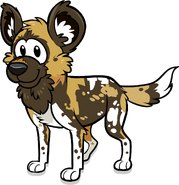 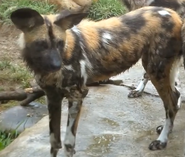