The Parody Wiki
Register
Don't have an account?
Sign In
Advertisement
in: Characters, Animals, North American Animals,
and 78 more

The eastern newt (Notophthalmus viridescens) is a common newt of eastern North America. It frequents small lakes, ponds, and streams or near-by wet forests. The eastern newt produces tetrodotoxin which makes the species unpalatable to predatory fish and crayfish. It has a lifespan of 12 to 15 years in the wild, and may grow to five inches in length. These animals are common aquarium pets, being either collected from the wild or sold commercially. The striking bright orange juvenile stage, which is land-dwelling, is known as a red eft. Some sources blend the general name of the species and that of the red-spotted newt subspecies into eastern red-spotted newt. Eastern newts are at home in both coniferous and deciduous forests. They need a moist environment with either a temporary or permanent body of water, and thrive best in a muddy environment. During the eft stage, they may travel far from their original location. Red efts may often be seen in a forest after a rainstorm. Adults prefer a muddy aquatic habitat, but will move to land during a dry spell. Eastern newts have some amount of toxins in their skin, which is brightly colored to act as a warning. Even then, only 2% of larvae make it to the eft stage. Some larvae have been found in the pitchers of the carnivorous plant Sarracenia purpurea. Eastern newts eat a variety of prey, such as insects, small molluscs and crustaceans, young amphibians, worms and frog eggs. 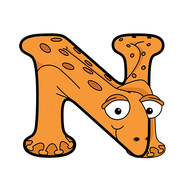 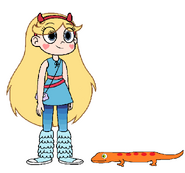 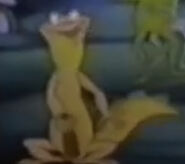