The Parody Wiki
Register
Don't have an account?
Sign In
Advertisement
in: Characters, Animals, Australian Animals,
and 59 more

The eclectus parrot (Eclectus roratus) is a parrot native to the Solomon Islands, Sumba, New Guinea and nearby islands, northeastern Australia and the Maluku Islands. It is unusual in the parrot family for its extreme sexual dimorphism of the colours of the plumage; the male having a mostly bright emerald green plumage and the female a mostly bright red and purple/blue plumage. Joseph Forshaw, in his book Parrots of the World, noted that the first European ornithologists to see eclectus parrots thought they were of two distinct species. Large populations of this parrot remain, and they are sometimes considered pests for eating fruit off trees. Some populations restricted to relatively small islands are comparably rare. Their bright feathers are also used by native tribes people in New Guinea as decorations. 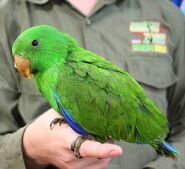 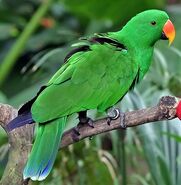 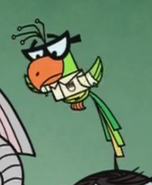 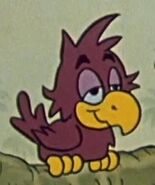 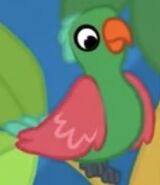