Elaine is a character of the television show, Care Bears (DiC series). She appears in Rosemary Hills, making her debut in A Cool in the Lake.

Her appearance is brown hair, green eyes, a pink shirt, blue shorts, and red shoes. Her swimsuit appearance is a red bikini with polka dots.

Her personality is known for smart, caring, cute, pretty, brave, and energetic.

When an intense drought puts a limit on a town's water usage, it also cuts out all the summer fun for two kids named Elaine and Joey. Even the local river is completely dried up, leaving the two to wander aimlessly until they fall into a sinkhole that leads beneath the ground - and ends up getting the two lost inside a maze-like cave. Share Bear travels to Earth to help the two out, but ends up getting lost herself.

Tenderheart Bear, Champ Bear, and Funshine Bear travel inside the cave to find them while Proud Heart Cat and Swift Heart Rabbit keep watch outside. No sooner are the kids and Share found that the entire cave group falls into an underground river and are pulled long a strong current. Using their Tummy Symbols, the bears send a signal to Proud Heart and Swift Heart on the outside, who use a Care Bear Stare to blast a hole in the side of the riverbed. This not only frees their friends but fills the riverbed with water, effectively ending the drought. 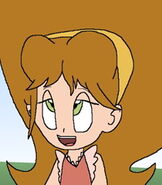 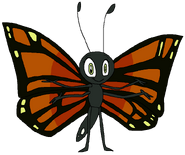 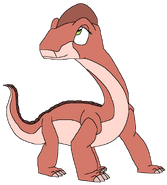