Elephant birds are members of the extinct family Aepyornithidae. Elephant birds were large to enormous flightless birds that once lived on the island of Madagascar. They became extinct, probably in the 17th or 18th century, for reasons that are unclear, although human activity is the suspected cause. Elephant birds comprised the genera Mullerornis and Aepyornis. Aepyornis was among the heaviest of birds (the extinct Dromornis stirtoni of Australia reached a similar weight). While they were in close geographical proximity to the ostrich, elephant birds' closest living relatives arekiwis, suggesting that ratites did not diversify by vicariance during the breakup of Gondwana but instead evolved from ancestors that dispersed more recently by flying. 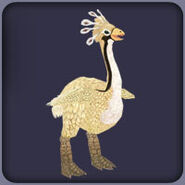 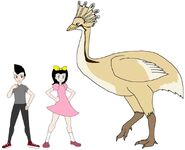