The Parody Wiki
Register
Don't have an account?
Sign In
Advertisement
in: Characters, Animals, European Animals,
and 117 more

The Eurasian red squirrel or red squirrel (Sciurus vulgaris) is a species of tree squirrel in the genus Sciurus common throughout Eurasia. The red squirrel is an arboreal, primarily herbivorous rodent. In Great Britain, Ireland, and Italy, numbers have decreased drastically in recent years. This decline is associated with the introduction by humans of the eastern grey squirrel (Sciurus carolinensis) from North America. However, the population in Scotland is stabilising due to conservation efforts, awareness and the increasing population of the pine marten, a European predator that selectively controls grey squirrels. The red squirrel has a typical head-and-body length of 19 to 23 cm (7.5 to 9 in), a tail length of 15 to 20 cm (6 to 8 in), and a mass of 250 to 340 g (8.8 to 12.0 oz). Males and females are the same size. The red squirrel is somewhat smaller than the eastern grey squirrel which has a head-and-body length of 25 to 30 cm (10 to 12 in) and weighs between 400 and 800 g (14 oz and 1 lb 12 oz). The long tail helps the squirrel to balance and steer when jumping from tree to tree and running along branches and may keep the animal warm during sleep. The red squirrel, like most tree squirrels, has sharp curved claws to help it to climb and descend broad tree trunks, thin branches, and even house walls. Its strong hind legs let it leap gaps between trees. The red squirrel also can swim. The coat of the red squirrel varies in color with time of year and location. There are several coat color morphs ranging from black to red. Red coats are most common in Great Britain; in other parts of Europe and Asia different coat colors co-exist within populations, much like hair color in some human populations. The underside of the squirrel is always white-cream in color. The red squirrel sheds its coat twice a year, switching from a thinner summer coat to a thicker, darker winter coat with noticeably larger ear-tufts (a prominent distinguishing feature of this species) between August and November. A lighter, redder overall coat color, along with the ear-tufts (in adults) and smaller size, distinguish the Eurasian red squirrel from the American eastern grey squirrel. The red color is for camouflage when seen against the bark of pine trees. Red squirrels occupy boreal, coniferous woods in northern Europe and Siberia, preferring Scots pine, Norway spruce and Siberian pine. In western and southern Europe they are found in broad-leaved woods where the mixture of tree and shrub species provides a better year-round source of food. In most of the British Isles and in Italy, broad-leaved woodlands are now less suitable due to the better competitive feeding strategy of introduced grey squirrels. 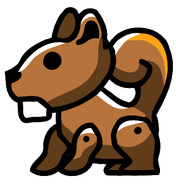 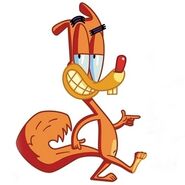 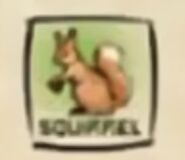 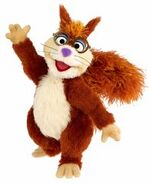 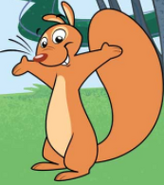 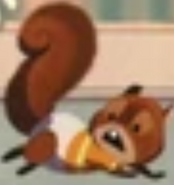 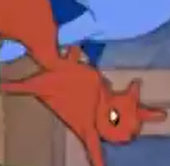 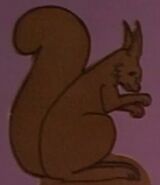 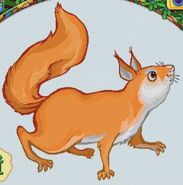 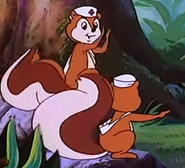 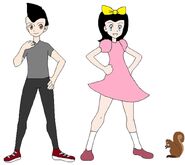 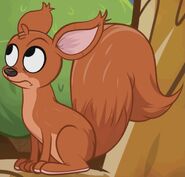 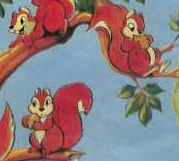