The Parody Wiki
Register
Don't have an account?
Sign In
Advertisement
in: Characters, Animals, European Animals,
and 106 more

With its striking black and white striped head, the European badger (Meles meles) is one of our most instantly recognisable mammals. The rest of the stocky body appears grey, and the legs, throat, neck, chest and belly are black. The tail is a whitish colour, but can be darker. Males and females are generally similar in appearance, although females tend to be slightly smaller in size. The European badger's name is said to derive from the French 'bêcheur', meaning 'digger'; the strong musculature, short legs and long claws of this species reflect its burrowing habits. 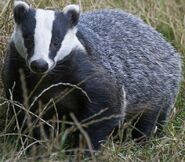 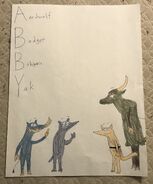 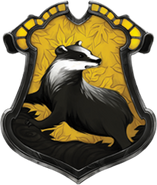 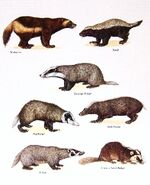 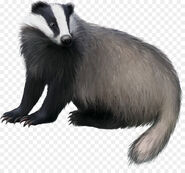 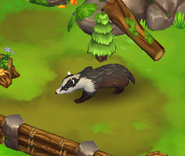 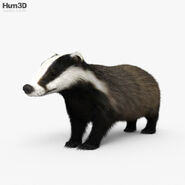 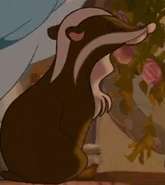 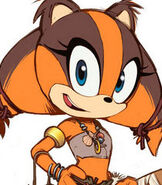 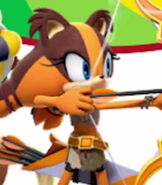 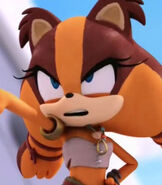 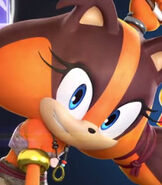 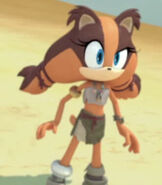 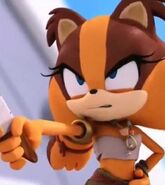 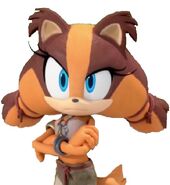