The Parody Wiki
Register
Don't have an account?
Sign In
Advertisement
in: Characters, Animals, European Animals,
and 50 more

The general form and structure of the European hare (Lepus europaeus) resembles that of the rabbit, but obvious differences include the hare's longer, larger body, much longer hind legs, and longer ears with black tips. Generally, European hares are a brown-russet colour, with a white underside. The tail is black on the upper surface and white underneath. In contrast to rabbits, which have a brown iris, the brown hare has a golden iris and a black pupil 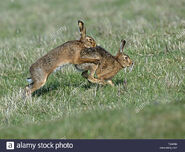 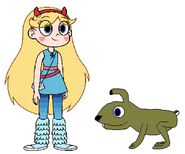 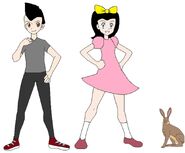 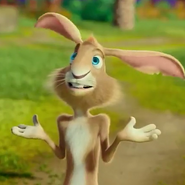