Hippopotamus antiquus, sometimes called the European hippopotamus, was a species of hippopotamus that ranged across Europe, becoming extinct some time before the last ice age at the end of the Pleistocene epoch. It is believed that H. antiquus ranged from the Iberian Peninsula to the British Isles to the Rhine River to Greece. 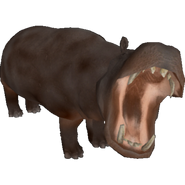 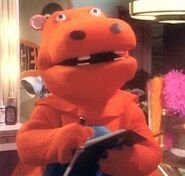 Add a photo to this gallery
Retrieved from "https://parody.fandom.com/wiki/European_Hippopotamus?oldid=2133653"
Community content is available under CC-BY-SA unless otherwise noted.