The Parody Wiki
Register
Don't have an account?
Sign In
Advertisement
in: Characters, Animals, Ocean Animals,
and 59 more

The European or common lobster (Homarus gammarus) is a very large and commercially important species. The upper surface is dark blue in colour with yellowish spots; the underside is more yellowish. The long abdomen terminates in a broad tail fan, and the first pair of walking legs, which are held forwards, are tipped with very large, formidable pincers. The pincers differ in size; one is used to cut prey, the other for crushing. The common lobster scavenges on food items found on the seabed. A large species, the common lobster can grow up to one metre in length. The heaviest recorded individual weighed over nine kilograms. As well as walking, lobsters are able to swim short distances. 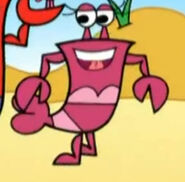 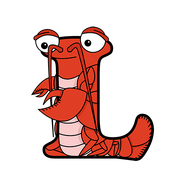 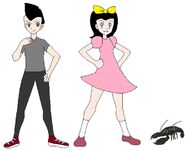