Start a Wiki
Evil Emperor Zurg is a main villain from Toy Story 2.

He appears when he invades Planet Blorb, After the Battle, He was chased by Modified Hornets after Plum, Buzz Lightyear and his Friends defeats him. 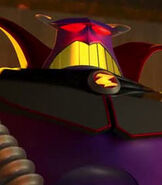 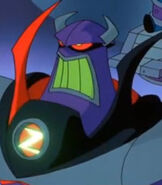 Zurg in Buzz Lightyear of Star Command: The Adventure Begins 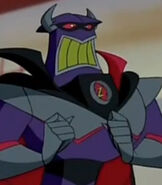 Zurg in the TV Series

Zurg in Plum Landing
Add a photo to this gallery
Retrieved from "https://parody.fandom.com/wiki/Evil_Emperor_Zurg?oldid=1698609"
Community content is available under CC-BY-SA unless otherwise noted.