Start a Wiki
Fish are gill-bearing aquatic craniate animals that lack limbs with digits. They form a sister group to the tunicates, together forming the olfactores. Included in this definition are the living hagfish, lampreys, and cartilaginous and bony fish as well as various extinct related groups. Tetrapods emerged within lobe-finned fishes, so cladistically they are fish as well. However, traditionally fish are rendered paraphyletic by excluding the tetrapods. Because in this manner the term "fish" is defined negatively as a paraphyletic group, it is not considered a formal taxonomic grouping in systematic biology, unless it is used in the cladistic sense, including tetrapods. The traditional term pisces is considered a typological, but not a phylogenetic classification 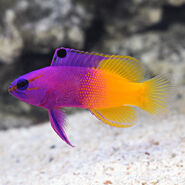 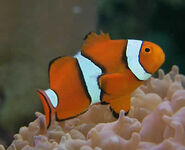 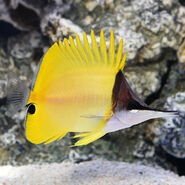 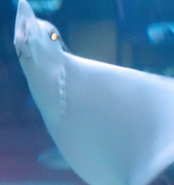 Red-Bellied Pirhana
Add a photo to this gallery
Retrieved from "https://parody.fandom.com/wiki/Fish?oldid=2007076"
Community content is available under CC-BY-SA unless otherwise noted.