The Parody Wiki
Register
Don't have an account?
Sign In
Advertisement
in: Characters, Animals, Australian Animals,
and 40 more

The galah (Eolophus roseicapilla), also known as the pink and grey cockatoo or rose-breasted cockatoo, is the only species within genus Eolophus of the cockatoo family. Found throughout Australia, it is among the most common of the cockatoos. With its distinctive pink and grey plumage and its bold and loud behavior, it is a familiar sight in the wild and increasingly in urban areas. It has benefited from the change in the landscape since European colonisation, and appears to be replacing the Major Mitchell's cockatoo in parts of its range. 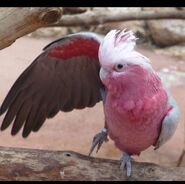 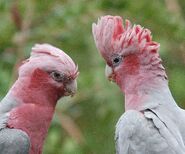 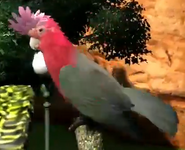 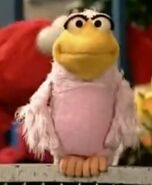