Gallimimus (Say it: gal-uh-MIE-muss) is a genus of ornithomimid theropod dinosaur from the late Cretaceous period (Maastrichtian stage) Nemegt Formation of Mongolia. With individuals as long as 8 metres (26 ft), it was one of the largest ornithomimosaurs. Gallimimus is known from multiple individuals, ranging from juvenile (about 0.5 metres tall at the hip) to adult (about two metres tall at the hip). 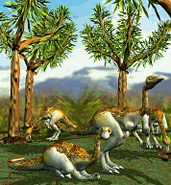 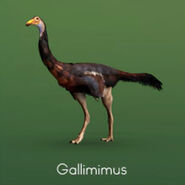 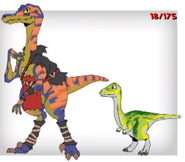 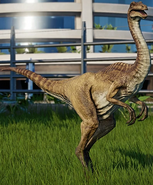 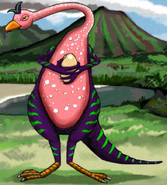 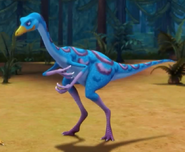 Jurassic World Evolution Gallimimus
Add a photo to this gallery

Retrieved from "https://parody.fandom.com/wiki/Gallimimus?oldid=2448000"
Community content is available under CC-BY-SA unless otherwise noted.