The Parody Wiki
Register
Don't have an account?
Sign In
Advertisement
in: Characters, Animals, African Animals,
and 89 more

The most distinctive features of this heavily built antelope are its long, rapier-shaped horns and striking black and white facial markings. The beautiful horns of the gemsbok (Oryx gazella) are sought after as charms in many cultures and were even sold as unicorn horns in medieval England. The body is fawn-grey with a black stripe along the side separating the upperparts from the white underparts, and there are extensive black areas on its upper legs. The gemsbok has a long, horse-like tail, and whilst both sexes possess the impressive horns, those of the male are shorter and more robust than the female’s. Gemsbok calves lack any black body markings. 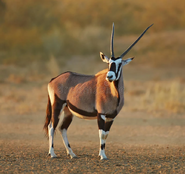 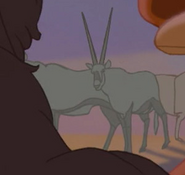 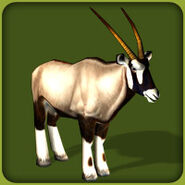 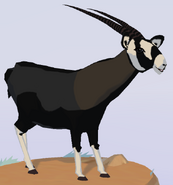 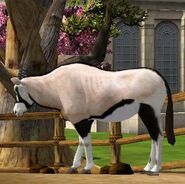 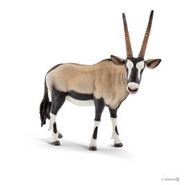 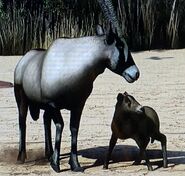 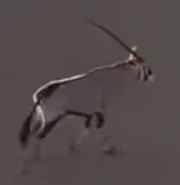 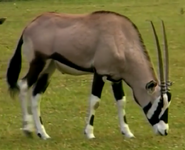