Start a Wiki
Gene Galacticbot is one of the main protagonists in the 2021 CGI animated film, The Galacticbots. He is voiced by Steve Carell.

In the movie, Gene is strong, heroic, and brave and is the leader of his friends and the Galactic Boys, and he is the friends. He also has a crush on Giselle. 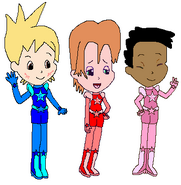 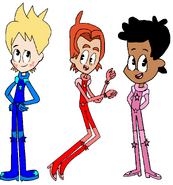 Add a photo to this gallery
Retrieved from "https://parody.fandom.com/wiki/Gene_Galacticbot?oldid=1709946"
Community content is available under CC-BY-SA unless otherwise noted.