The Parody Wiki
Register
Don't have an account?
Sign In
Advertisement
in: Characters, Animals, South American Animals,
and 89 more

Geoffroy’s spider monkey (Ateles geoffroyi), also known as the black-handed spider monkey or the Central American spider monkey is a species of spider monkey, a type of New World monkey, from Central America, parts of Mexico and possibly a small portion of Colombia. There are at least five subspecies. Some primatologists classify the black-headed spider monkey (A. fusciceps), found in Panama, Colombia, and Ecuador as the same species as Geoffroy's spider monkey. It is one of the largest New World monkeys, often weighing as much as 9 kg (20 lb). Its arms are significantly longer than its legs, and its prehensile tail can support the entire weight of the monkey and is used as an extra limb. Its hands have only a vestigial thumb, but long, strong, hook-like fingers. These adaptations allow the monkey to move by swinging by its arms beneath the tree branches. Geoffroy's spider monkey lives in fission–fusion societies that contain between 20 and 42 members. Its diet consists primarily of ripe fruit and it requires large tracts of forest to survive. As a result of habitat loss, hunting and capture for the pet trade, it is considered to be endangered by the IUCN. The range of this species extends over much of Central America, encompassing Panama, Costa Rica, Nicaragua, Guatemala, Honduras, El Salvador, Belize and the south and much of the eastern portion of Mexico. Observations by local people indicate the southernmost subspecies, the hooded spider monkey, A. g. grisescens, may also occur in the portion of Colombia near the Panama border. In western Colombia and northeast Panama, it is replaced by the black-headed spider monkey, A. fusciceps, which is considered by some primatologists to be a subspecies of Geoffroy's spider monkey. Geoffroy's spider monkey lives in various types of forest, including rainforest, semideciduous and mangrove forests. Higher densities of Geoffroy's spider monkeys are generally found in areas containing evergreen forest. 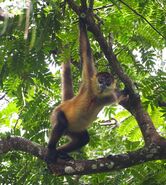 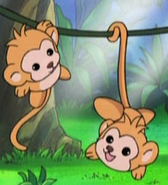 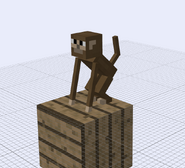 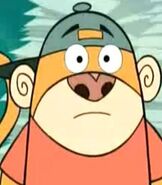 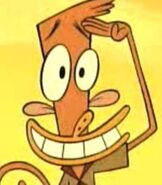 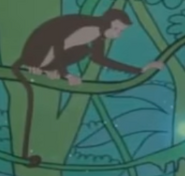 Globehunters: An Around the World in 80 Days of Adventure (2002) 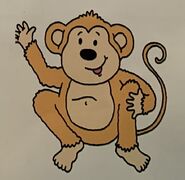 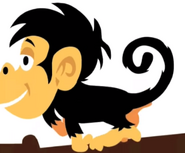 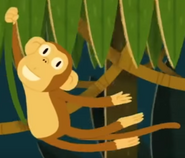 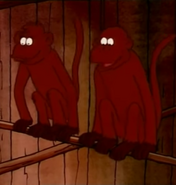 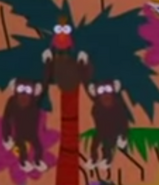 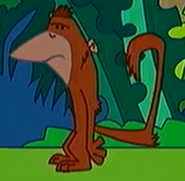 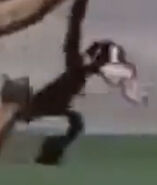