The Parody Wiki
Register
Don't have an account?
Sign In
Advertisement
in: Animals, Anthropomorphic, Tom and Jerry Heroes,
and 12 more

George and Junior is an animated series of animated cartoon short subjects by Metro-Goldwyn-Mayer directed by Tex Avery. All of the original, 1940s shorts were directed by Tex Avery, who based them on George and Lennie from John Steinbeck's Of Mice and Men. For their final appearance their looks were altered and at the end they commit suicide (although, before they actually shoot themselves, the end title card is drawn down, which then shakes to the sound of the gunshots). The characters were brought back to life by Pat Ventura in two 1995 cartoons on the Hanna-Barbera animation anthology franchise What-A-Cartoon! on Cartoon Network' George and Junior: Look Out Below and George and Junior's Christmas Spectacular (both cartoons were produced respectively by Hanna-Barbera Productions and Cartoon Network Studios). A grey or purple version of George made a cameo appearance in a brief headshot during the final scene of Who Framed Roger Rabbit.

The shorts followed the misadventures of two bears: Junior, the tall, dim-witted one; and George, the short, short-tempered intelligent one. George would come up with a plan to fix their current situation, and Junior would officially (and accidentally) mess it up somehow. This usually resulted with an angry George saying "Bend over, Junior", and, when Junior does this, George delivers a hard kick to the rear end. 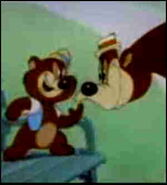 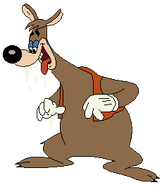 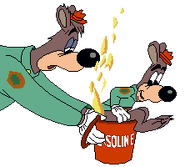 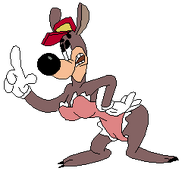 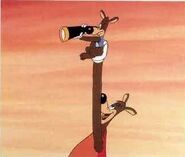