Gigantopithecus is an extinct genus of ape that existed from perhaps nine million years to as recently as one hundred thousand years ago, in what is now China, placing Gigantopithecus in the same time frame and geographical location as several hominin species. The fossil record suggests that individuals of the species Gigantopithecus blacki were the largest known apes that ever lived, standing up to 3 m (10 ft), and weighing up to 540 kg (1,190 lb). 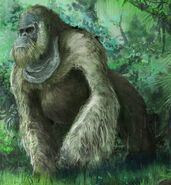 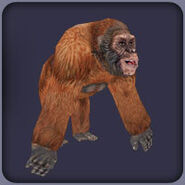 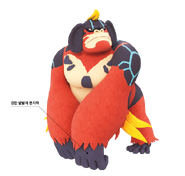 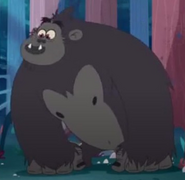