Start a Wiki
Giovanni (Japanese: サカキ Sakaki) is the head of Team Rocket, and formerly served as the Gym Leader of Viridian City's Gym, known officially as the Viridian Gym.

Giovanni is the leader of Team Rocket. His scientists created Mewtwo so he can trained him but Mewtwo left Giovanni for nothing but Giovanni found Mewtwo at a place called Purity Canyon he recapture him so he can take over the world with his member Domino (009) but Ryan and the gang save Mewtwo and his cloned Pokémon from Giovanni's evil hands but Mewtwo erased Giovanni's memory from destroying Purity Canyon now Giovanni is after Ryan, Pooh, Simba, Ash, Stan, Alvin, Littlefoot, Bobby Brady, SpongeBob and the rest of the gang for revenge.

As The Ringmaster in Kitana (Dumbo)

As The Shredder in Teenage Mutant Ninja Mice

He is a Shredder

As Cat Red In All Pokemon Trainers Go to Heaven 2

He is a Demon Cat

He is a Spider-Like Monster

He is an Indian

As Professor Ratigan in The Great Pokémon Trainer Detective

He is a Rat

As Clavius In The White Cat Princess 2: Escape from Castle Mountain

As Dr. Facilier in The Princess and the Chipmunk

He is a shadow man

As Merlock in VikingTales the Movie: Treasure of the Lost Mug

As Shan-Yu In Rika (Mulan)

As Laufey in Pikachu (Thor)

He is a Frost Giant

As Frollo in The Vicking of Notre Dame

As The Evil Emperor Zurg in Hiccup of Star Command: The Adventure Begins

As In The Spy Boy of Notre Dame

As Professor Gerald In Ash X

As Makunga The Lion In Madagascar: Escape 2 Africa (Chris1701 Style)

He is A Evil Lion

He is Murderer and fomer Partner of Cassim

As Doom Who Framed Ash Ketchum

He is Evil Judge

As Dr.Louis In Flight of the Navigator (Chris1701 Human Style)

He is a Si

As Malachit In Sailor Kim

As Uncle V Dursley In Ash Ketchum and The Sorcerer's Stone

He is ???'s Cruel and Fat Uncle Husband of and father of D Dursley 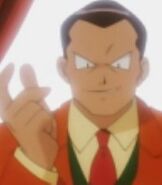 Giovanni in the TV Series 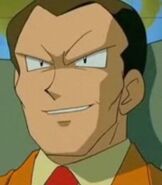 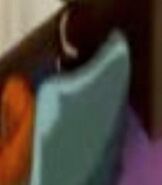 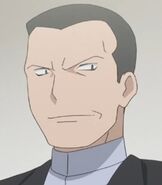 Add a photo to this gallery
Retrieved from "https://parody.fandom.com/wiki/Giovanni?oldid=1671334"
Community content is available under CC-BY-SA unless otherwise noted.