The Parody Wiki
Register
Don't have an account?
Sign In
Advertisement
in: Bald Characters, Characters, Elephants,
and 36 more

The Globglogabgalab is an anthropomorphic worm-like character from the animated children's movie Strawinsky and the Mysterious House. He resides at the mansion Strawinsky and his friends enter, notably the basement, trying to hide from both the Rat King and the Great Elohim so that he doesn't have to choose which one to serve, where he enjoys books, consuming their thoughts to the point where he became a worm like creature capable of manipulating his size and shape. It is revealed that he was once a forest elf created by the Great Elohim, until he started reading books about the Rat King, which is what made him who he is now. 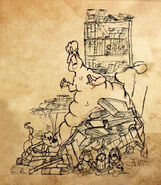 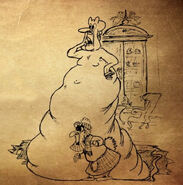 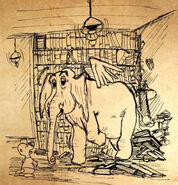 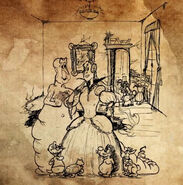 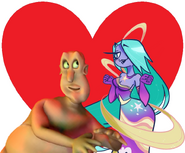