The Parody Wiki
Register
Don't have an account?
Sign In
Advertisement
in: Characters, Animals, North American Animals,
and 119 more

Although the majestic golden eagle (Aquila chrysaetos) is not Britain’s largest raptor (the white-tailed eagle exceeds it in size) nor is it the rarest, it has a certain powerful resonance in the British psyche as an enduring symbol of strength and wildness. This huge bird of prey can be identified by its very long wings and long tail. When gliding or soaring it typically holds its wings in a shallow ‘V’. The plumage is dark brown rather than golden and the massive talons are bright yellow. The feathers of the head and nape of the neck are typically light yellowish or reddish-brown, giving the appearance of a ‘shawl’. Males and females are similar in appearance, but juveniles can be distinguished by the presence of white patches on the undersides of the wings and on both surfaces of the tail. This raptor rarely makes sound, although a thin whistle is occasionally produced in flight. Golden eagle pairs mate for life and use the same large nest year after year. The golden eagle may live to as old as 32 years. Golden eagle pairs carry out courtships flights where they perform plunging and looping acrobatics. 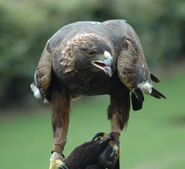 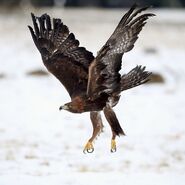 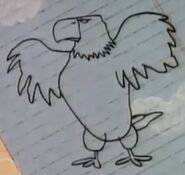 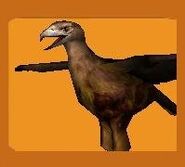 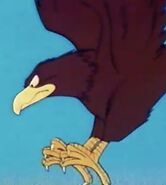 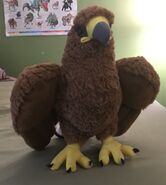 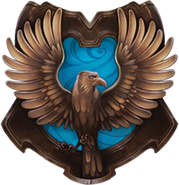 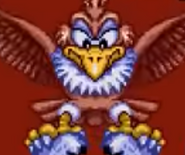 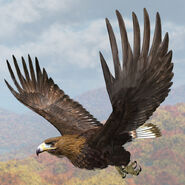 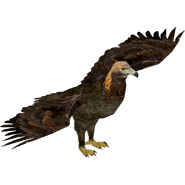 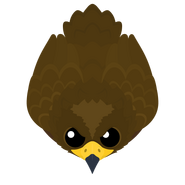 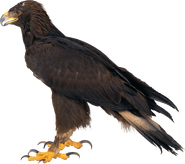