The Parody Wiki
Register
Don't have an account?
Sign In
Advertisement
in: Characters, Animals, South American Animals,
and 90 more

The golden lion tamarin (Leontopithecus rosalia, Portuguese: mico-leão-dourado), also known as the golden marmoset, is a small New World monkey of the family Callitrichidae. Native to the Atlantic coastal forests of Brazil, the golden lion tamarin is an endangered species.[4] The range for wild individuals is spread across four places along southeastern Brazil, with a recent census estimating 3,200 individuals left in the wild, and a captive population maintaining about 490 individuals among 150 zoos. The golden lion tamarin gets its name from its bright reddish orange pelage and the extra long hairs around the face and ears which give it a distinctive mane. Its face is dark and hairless. The bright orange fur of this species does not contain carotenoids, which commonly produce bright orange colors in nature. The golden lion tamarin is the largest of the callitrichines. It is typically around 261 mm (10.3 in) and weighs around 620 g (1.37 lb). There is almost no size difference between males and females. As with all New World monkeys, the golden lion tamarin has tegulae, which are claw-like nails, instead of ungulae or flat nails found in all other primates, including humans. Tegulae enable tamarins to cling to the sides of tree trunks. It may also move quadrupedally along the small branches, whether through walking, running, leaping or bounding.[11] This gives it a locomotion more similar to squirrels than primates. The Golden Lion Tamarin has a very limited distribution range, as over time they have lost all but 2%–5% of their original habitat in Brazil. Today, this tamarin is confined to three small areas of the tropical rain forest in southeastern Brazil: Poço das Antas Biological Reserve, Fazenda União Biological Reserve, private land through the Reintroduction Program. The first population estimate made in 1972 approximated the count at between 400 and 500. By 1981 the population was reduced to less than 200. Surveys from as recently as 1995 suggested that there may only have been at most 400 golden lion tamarins left in the wild; the population has since recovered to some 3200 in the wild. Tamarins live along the far southeast border of the country in the municipalities of Silva Jardim, Cabo Frio, Saquarema, and Araruama. However, they have been successfully reintroduced to the municipalities of Rio das Ostras, Rio Bonito, and Casimiro de Abreu. Tamarins live in coastal lowland forests less than 300 m (984 ft) above sea level. They can be found in hilltop forests and swamp forests.

Experienced in (fruit based) 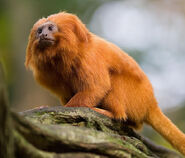 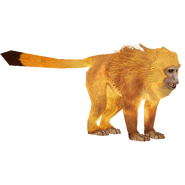 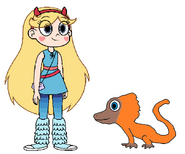 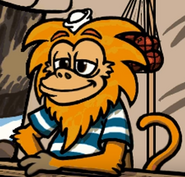 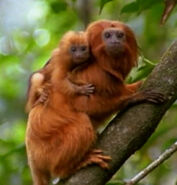 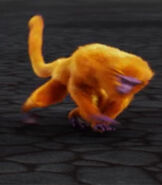 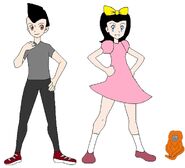