The Grant's zebra (Equus quagga boehmi) is the smallest of six subspecies of the plains zebra. This subspecies represents the zebra form of the Serengeti-Mara ecosystem. The distribution of this subspecies is in Zambia west of the Luangwa river and west to Kariba, Shaba Province of the Democratic Republic of the Congo, north to the Kibanzao Plateau. In Tanzania north from Nyangaui and Kibwezi into southwestern Kenya as far as Sotik. It can also be found in eastern Kenya and east of the Great Rift Valley into southernmost Ethiopia. It also occurs as far as the Juba River in Somalia.

Miyoni, my plush zebra from the Auora plush line. 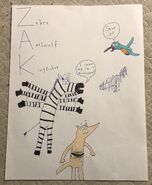 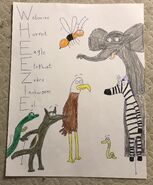 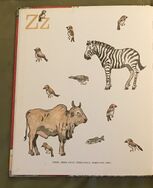 Retrieved from "https://parody.fandom.com/wiki/Grant%27s_Zebra?oldid=2547229"
Community content is available under CC-BY-SA unless otherwise noted.