The Parody Wiki
Register
Don't have an account?
Sign In
Advertisement
in: Characters, Animals, African Animals,
and 93 more

The greater kudu (Tragelaphus strepsiceros) is a handsome antelope that is easily distinguished by the male’s spectacular spiral horns, which can reach astonishing lengths of over a metre. It can also be identified by the six to ten thin, pale stripes against its tawny to grey-brown body. The female greater kudu is smaller than male, and lacks the impressive horns. The coat colour of the female is also somewhat different, varying from sandy yellowish-grey to russet, against which the thin stripes are conspicuous. Both sexes have a crest of hair that runs along the middle of the back and forms a mane, and there is a distinct white band across the face between the eyes. The large, rounded ears of the greater kudu give a slightly comical appearance. 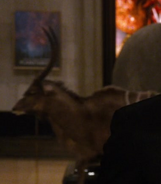 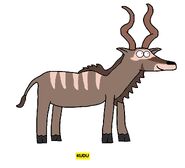 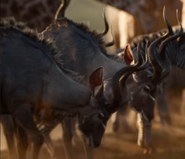 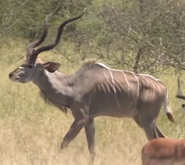 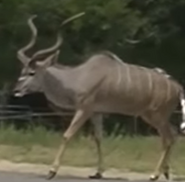 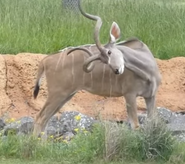 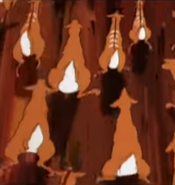 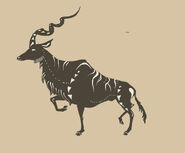 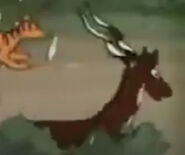 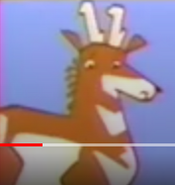 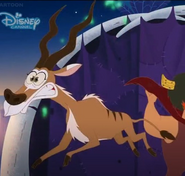 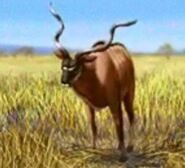