Start a Wiki
The grizzly bear (Ursus arctos horriblis) is a North American subspecies of the brown bear. These awe-inspiring giants tend to be solitary animals—with the exception of females and their cubs—but at times they do congregate. Dramatic gatherings of grizzly bears can be seen at prime Alaskan fishing spots when the salmon run upstream for summer spawning. In this season, dozens of bears may gather to feast on the fish, craving fats that will sustain them through the long winter ahead. Brown bears dig dens for winter hibernation, often holing up in a suitable-looking hillside. Females give birth during this winter rest and their offspring are often twins. Grizzly bears are powerful, top-of-the-food-chain predators, yet much of their diet consists of nuts, berries, fruit, leaves, and roots. Bears also eat other animals, from rodents to moose. Grizzlies are typically brown, though their fur can appear to be white-tipped, or grizzled, lending them their traditional name. Despite their impressive size, grizzlies are quite fast and have been clocked at 30 miles (48 kilometers) an hour. They can be dangerous to humans, particularly if surprised or if humans come between a mother and her cubs. 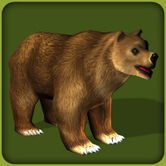 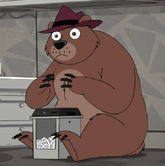 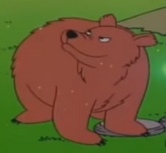 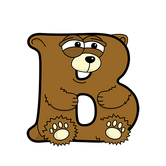 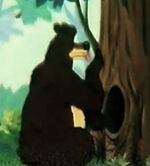 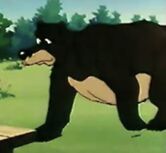 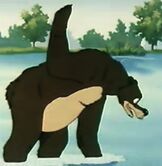 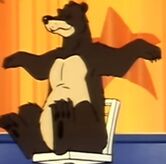 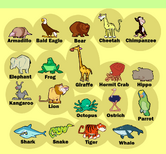 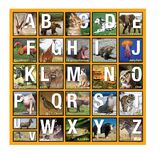 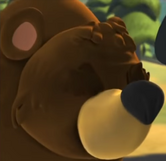 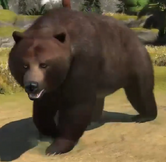 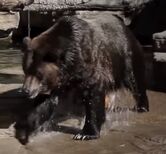 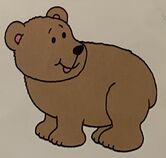 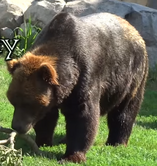 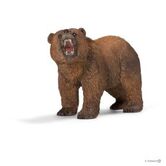 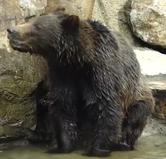 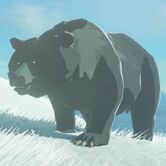 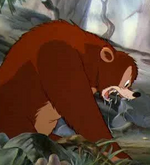 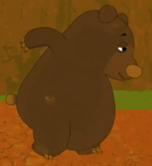 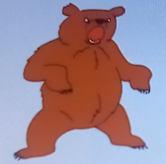 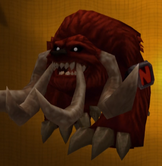 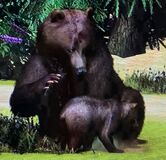 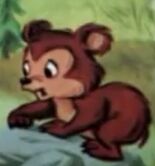 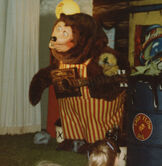 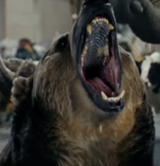 Retrieved from "https://parody.fandom.com/wiki/Grizzly_Bear?oldid=2153959"
Community content is available under CC-BY-SA unless otherwise noted.