Harry Lime and Marv Merchants, also known as The Wet Bandits, and later the Sticky Bandits, or simply known as Harry and Marv, are the main antagonists of the Christmas movie, Home Alone and its sequel

He plays Jasper and Horace in 101 Dalmatians

Marv fall down to the Ground

Marv slides on the ground with Paints 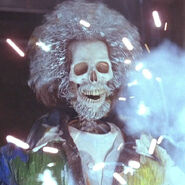 Harry and Marv's defeat in the first film

Harry and Marv's defeat in the second film
Add a photo to this gallery
Retrieved from "https://parody.fandom.com/wiki/Harry_and_Marv?oldid=2379387"
Community content is available under CC-BY-SA unless otherwise noted.