The Parody Wiki
Register
Don't have an account?
Sign In
Advertisement
in: Girls, Females, Female Characters,
and 58 more

Hatsune Miku (初音ミク), codenamed CV01, was the first Japanese VOCALOID to be both developed and distributed by Crypton Future Media, Inc.. She was initially released in August 2007 for the VOCALOID2 engine and was the first member of the Character Vocal Series. She was the seventh VOCALOID overall, as well as the second VOCALOID2 vocal released to be released for the engine.

There have since been numerous installments, such as additional voice libraries dubbed 'Append', as well as an upgrade for the VOCALOID3 engine, which contained an English vocal release. She received a VOCALOID4 update to her Japanese and English voicebanks in August 2016, as well as a Mandarin Chinese voicebank in September 2017.

She is considered the most popular and well known VOCALOID, and the first to become a pop idol.

Crypton had the idea to release Miku as "an android diva in the near-future world where songs are lost."[3][4]

Her very first concept was of a bilingual Japanese and English vocal, but this later became the concept of Megurine Luka.[5]

The name was chosen by combining hatsu (初, "first"), ne (音, "sound"), and Miku (未来, a personal name that shares its spelling with the word for "future"). It thus means "the first sound from the future."

When KEI illustrated Miku, he was given a color scheme to work with (based on the YAMAHA synthesizers' signature blue-green colour) and was asked to draw Miku as an android. Crypton also provided KEI with Miku's detailed concepts, however, Crypton said it was not easy to explain what a "Vocaloid" was to him. KEI said he could not create an image of a "singing computer" at first, as he did not even know what a "synthesizer" was. It took him more than a month to complete the commission.[6]

Miku was originally intended to have a different hairstyle, but after trying out pigtails, KEI thought they were more suitable. Her pigtails have since become an iconic part of her design. On June 22, 2012, Hatsune Miku's twin tails even earned her the title of the Twin Tail which best represented the 2000s, marking her the best set of Twin Tails from the dawn of the 21st century. She now shares her twin tail distinction with other characters like Sailor Moon (who won best Twin Tails back in the 90s period).[7]

The digital design on Miku's skirt and boots is based off synthesizer program colours, and the bars represent actual bars within the program, following Crypton's ideas. Part of her design is based on some of YAMAHA's keyboard models, particularly the DX-100 and the DX-7.[8][9] The thin squares around her pigtails are futuristic ribbons made of a special material that floats in place. As seen in KEI's art for Miku, they are able to hold Miku's pigtails in place without having to physically touch the hair itself. The ribbons are also reported by KEI to be the hardest item on the character's design for cosplayers to recreate.

After an internet meme involving Hachune Miku, Miku was associated with a spring onion (often mistaken for a leek due to the similar appearance). This, along with KAITO's association with ice cream, started a discussion called "the Item War" within the VOCALOID fandom, where it became traditional for new VOCALOIDs to have an item assigned to them and the items were debated upon until one stuck via an Internet Meme. This occurrence has since died out.

Her VOCALOID2 Append design is often subjected to censorship. In the original design, there is a bare strip of flesh under the tie area. In many depictions, this bare trip of flesh is not shown and is covered. For example, while Max Factory models showing the uncensored version in their normal and Figma models, the Project Diva game series shy away from showing any exposure. 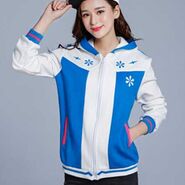 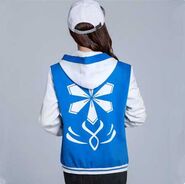 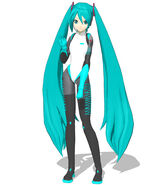 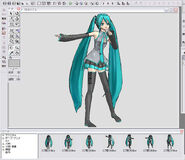 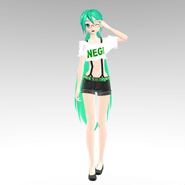 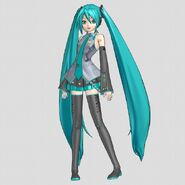 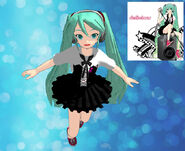 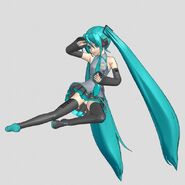 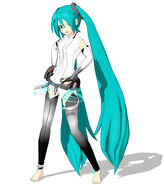 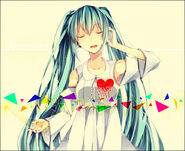 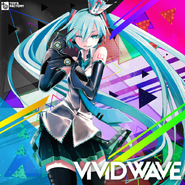 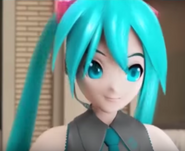 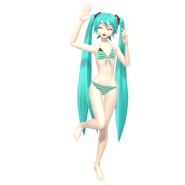 Hatsune Miku as a pirate 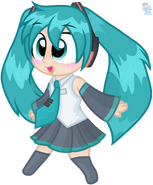 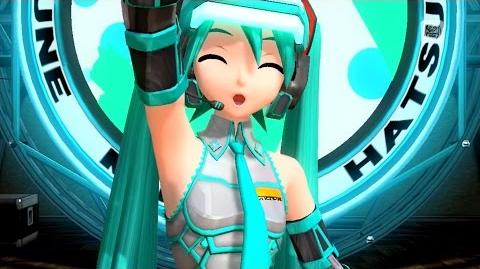 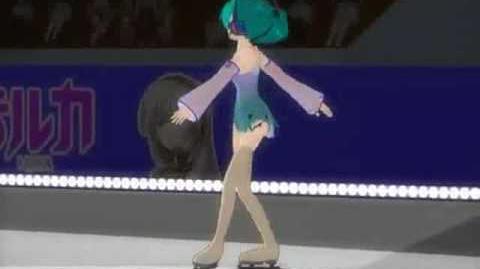 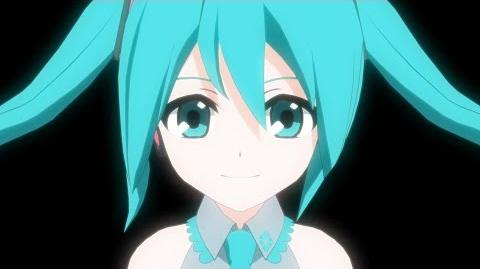 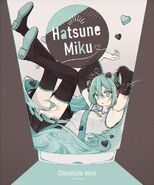 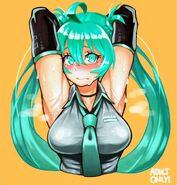