Henry J. Waternoose (A.K.A "Mr. Waternoose" and simply "Waternoose") is the hidden one of the main antagonists of Disney/Pixar's 2001 film, Monsters, Inc. He is the CEO of the company Monsters, Inc.. He was voiced by the late James Coburn.

He is an evil coachman

He is an guard

He is played by Medusa in Power Girls Inc. 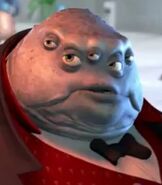 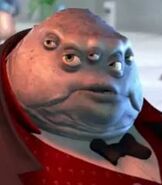 Add a photo to this gallery
Retrieved from "https://parody.fandom.com/wiki/Henry_J._Waternoose_III?oldid=2484095"
Community content is available under CC-BY-SA unless otherwise noted.