The Parody Wiki
Register
Don't have an account?
Sign In
Advertisement
in: Characters, Villains, Spider-Man Characters,
and 13 more

The Shocker (Herman Schultz) is a fictional supervillain appearing in American comic books published by Marvel Comics. Herman Schultz is a career criminal who, after several prison terms for robbery, built a battle suit that sent out shock waves to quickly open safes as well as give him a significant advantage over the police. His criminal career as the self-styled "Shocker" put him in direct conflict with the superhero Spider-Man, belonging to his rogues gallery. 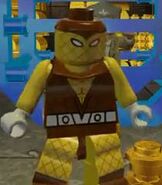 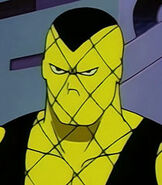