The Parody Wiki
Register
Don't have an account?
Sign In
Advertisement
in: Characters, Animals, Asian Animals,
and 16 more

The Himalayan brown bear (Ursus arctos isabellinus), also known as the Himalayan red bear, Isabelline bear, or Dzu-Teh, is a subspecies of the brown bear and is known from northern Afghanistan, northern Pakistan, northern India, Nepal and Tibet. It is the largest mammal in the region, males reaching up to 2.2 m (7 ft) long while females are a little smaller. These bears are omnivorous and hibernate in a den during the winter. Although present in a number of protected areas, they are becoming increasingly rare because of loss of suitable habitat and persecution by humans, and have become "critically endangered". This bear (as the Dzu-Teh) is thought to be the source of the legend of the Yeti. Himalayan brown bears exhibit sexual dimorphism. Males range from 1.5m up to 2.2m (5 ft - 7 ft 3in) long, while females are 1.37m to 1.83m (4 ft 6 in - 6 ft) long. They are the largest animals in the Himalayas and are usually sandy or reddish-brown in colour. 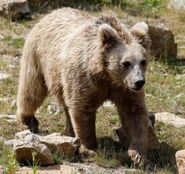 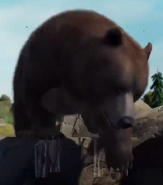 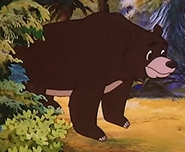 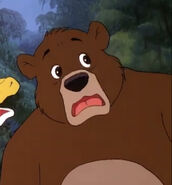