Iago is a rude, Short-tempered parrot and a former villain from "Aladdin" and Iago (voiced by Gilbert Gottfried) was once the loud-mouthed avian sidekick for the villainous Jafar in Kids World's Adventures of Aladdin.

He played Benson in Dumbo and Simba's Regular Show

He played Zazu in The Cat King, The Italian King and The Watterson King

He played Anger in Inside Out (Timothy Batarseh style)

He played Cheshire Cat In Olivia in Wonderland

He played Bill the Lizard in Anna in Wonderland

He played Lampwick in Dumbo (Pinocchio)

He played Jeremy in The Secret of NIMH (CoolZDane Animal Style)

He played Sneezy in Megara White and The Seven Animals

He played the Dormouse in Vanessa in Wonderland

He played Bladebeak in Quest for Camelot (Nixcorr26's Rodent Style)

He played Lucifer in Lilyrella

He played Sebastian in The Little African American Girl

He played Sheldon J. Plankton in The ArthurBob ReadPants Movie

he is a alien 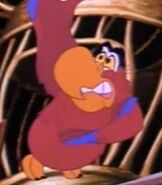 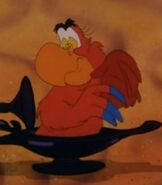 Iago in The Return of Jafar 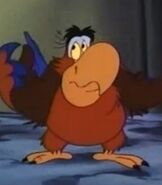 Iago in the TV Series 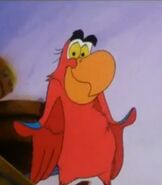 Iago in Aladdin and the King of Thieves 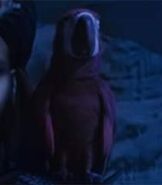 Iago has a bad temper 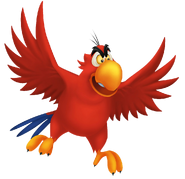 Add a photo to this gallery
Retrieved from "https://parody.fandom.com/wiki/Iago?oldid=1993834"
Community content is available under CC-BY-SA unless otherwise noted.