Inchworms aren't worms at all, but caterpillars who have legs at both ends of their bodies and none in the middle. This makes them look odd when they move, shifting first one end and then the other, which has the effect of making them arch their bodies as they go. Some people think that they look a lot like a measuring tape and that’s how they got the nickname inchworm. In fact, another name for these small caterpillars is measuring worms 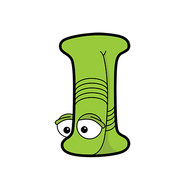 Add a photo to this gallery
Retrieved from "https://parody.fandom.com/wiki/Inchworm?oldid=2142218"
Community content is available under CC-BY-SA unless otherwise noted.