The Parody Wiki
Register
Don't have an account?
Sign In
Advertisement
in: Characters, Animals, Asian Animals,
and 162 more

The Indian rhinoceros (Rhinoceros unicornis) is the largest of the three rhino species of Asia, and has a single horn which can grow to approximately 60 centimetres in length. Like all rhino horns, it is composed of keratin, a protein also found in human hair and nails, rather than bone. The hairless skin of the Indian rhinoceros is grey or greyish-brown, and has many loose folds as well as lumps, known as tubercles, giving this species an armour-plated appearance. The male Indian rhino, which is generally bigger than the female, has large, sharp incisors that may be used in fights over females during the breeding season. The Indian rhino is often accompanied by egrets and various species of ‘tick birds’, including myna birds, that ride on its back and are thought to feed on parasites between the folds of the rhino’s skin. 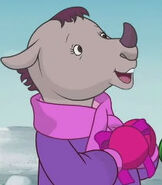 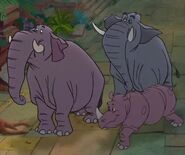 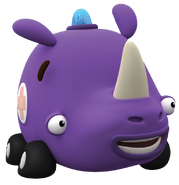 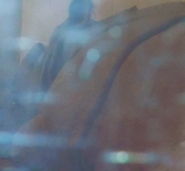 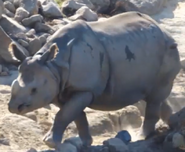 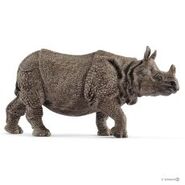 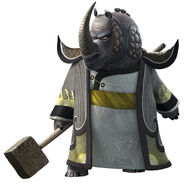 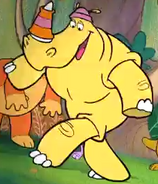 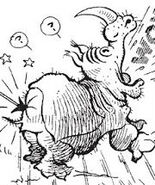