James Patrick O'Malley was a British singer and character actor, who appeared in many American films and television programs from the 1940s to 1982. He also appeared on the Broadway stage in Ten Little Indians (1944) and Dial M for Murder. O'Malley was born in Burnley, England. 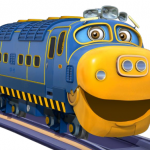